Four governors, 19 years: It was 'like covering the criminal justice beat' 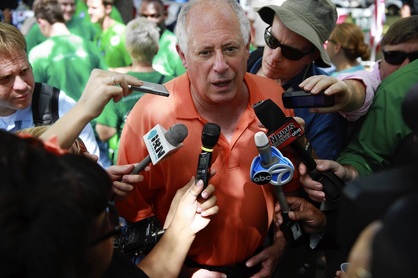 Illinois' accidental governor, Pat Quinn, took over as chief executive in January 2009, the moment the state Legislature impeached and drove from office his one-time running mate, Rod Blagojevich. "The ordeal is over," Quinn said in some of his first words as governor. During six years in office, Quinn enacted gay marriage, abolished the death penalty and battled public-sector unions over the cost of their pensions. But he failed to deliver on a minimum-wage hike, gun control or a budgetary recovery that would lift Illinois from its status as the least creditworthy state in the country. His bid for a second term was cut short by Republican Bruce Rauner, who hammered Quinn's handling of the state budget, his hiring record and his creation of the 2010 anti-violence grant program, the Neighborhood Recovery Initiative. 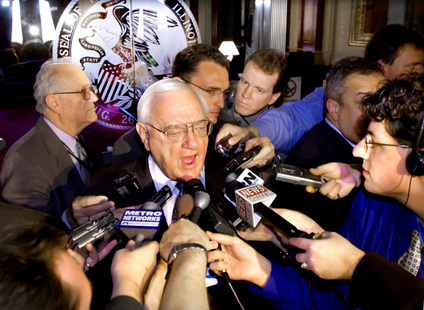 The one-time Kankakee pharmacist was perhaps the best-qualified candidate to be Illinois governor. A Republican, Ryan rose in the Legislature to become House speaker, twice was elected as lieutenant governor under former Gov. James Thompson and served two terms as secretary of state before running for governor. Gruff, forceful and colorful, Ryan got things done in the Legislature, became the first sitting U.S. governor to travel to Cuba since America imposed its trade embargo and cleared out death row by commuting the death sentences of more than 160 convicted killers to life in prison. But he presided over a massive campaign fundraising scheme as secretary of state that was factored into the deaths of six Chicago-area children in a 1994 crash on a Wisconsin expressway caused by an Illinois trucker who'd obtained his license through a bribe. Unlike Blagojevich, Ryan served out his full term as governor, but the weight of the licenses-for-bribes scandal doomed hope for a second term. Ryan later was convicted of conspiracy, racketeering, money-laundering and fraud by a federal jury and sentenced to six-and-a-half years in federal prison.