Plugged into power: 'What Emil lurks in the heart of ComEd?' 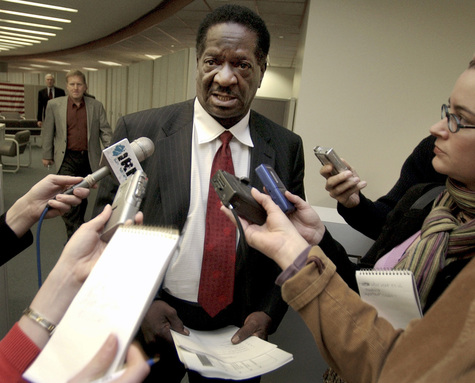 The longtime Chicago Democrat, a former Chicago sewer inspector, gained the chamber's gavel in 2003 as the first African-American to be the Illinois Senate's presiding officer. Jones was a reliable force for impeached ex-Gov. Rod Blagojevich, and Jones' family seemed to have terrific success in scoring government contracts .

A technology firm owned by Jones' stepson made millions of dollars in no-bid government work and had a contract with Commonwealth Edison at the same time Jones helped block a legislative rollback in utility rates. "I don't think it's healthy for the legislative process," then-Lt. Gov. Pat Quinn said of Jones' undisclosed familial ties.

Along with colleagues at the Sun-Times and NBC5, I collaborated on a series of stories that exposed Jones' family connections. He denied having any conflict of interest and erroneously insisted the reporting -- based on a contracting paper trail that took weeks to develop -- was fabricated.