The Edgar years: 'Governor No,' a school tax swap and the 'lobster list' 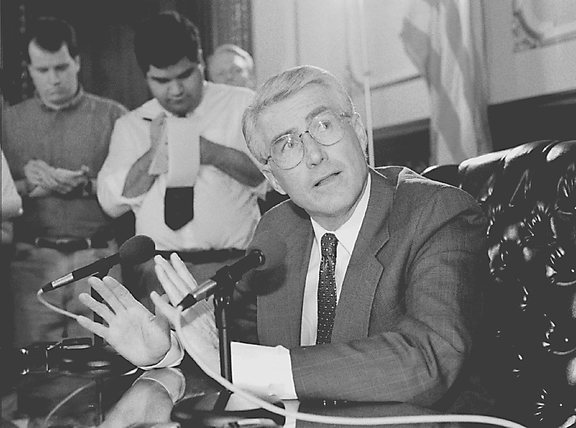 Former Gov. Jim Edgar meets reporters in this undated Associated Press photo.
When I started the state beat, Jim Edgar was in the second month of his second term.

The socially moderate, fiscally conservative Republican from downstate Charleston was riding high, buoyed by a GOP landslide in 1994 that put his party in charge of every statewide office in Springfield and both chambers of the Legislature.

From tort reform to property tax caps, Republicans had an ambitious agenda. With a buttoned-down, business-like approach that was in stark contrast to the wheeling-and-dealing ways of his GOP predecessor, James Thompson, Edgar did his part to move his party's agenda along, putting particular emphasis on state budget-making.

From a distance, I first met Edgar as a sixth-grader as he campaigned in his 1976 state rep race. Inside the enclosed mall in my downstate Illinois hometown, Edgar asked my parents for their votes one evening, and I'm fairly certain they complied. Nearly 19 years later, I bore no such loyalties.

In Edgar, known in some circles as "Governor No," Illinois had a chief executive who developed a reputation for tightfistedness. He faced a record budget deficit early in his first term but through cuts and a surging national economy left office with a  $1.5 billion surplus. That represented the last time Illinois saw that much black in its ledger.

Despite hammering Democratic comptroller Dawn Clark Netsch for her school tax-swap plan in their 1994 campaign, Edgar wound up adopting a similar plan with his push to hike state income taxes by 25 percent and use that infusion to narrow the gap between rich and poor school systems and provide property tax relief.

His 1997 plan made it out of the Illinois House with help from Democratic House Speaker Michael Madigan but hit a roadblock in the state Senate, even though Republicans controlled the chamber. GOP resistance there forced Edgar later to accept a watered-down school-funding plan that didn't raise taxes or provide property tax relief.

In the midst of his school-funding push, Edgar faced his own political crisis involving a state contractor and campaign donor known as Management Services of Illinois. The company's two partners curried favor with key Edgar aides and top Senate Republican staff by giving away a dozen $329 steak and lobster packages. Those company owners and an ex-state welfare administrator were later convicted of fraud. .

Federal prosecutors in Springfield never were able to link any crimes directly to Edgar's inner circle or to the governor himself, though Edgar twice had to endure the humbling experience of being called to testify in two separate trials tied to the contracting scandal. His testimony marked the first time in 75 years an Illinois governor was called to testify in a criminal trial.


How much getting dragged through the mud factored into his decision to leave office and to forego another run for public office isn't entirely clear to me. His health and the desires of wife, Brenda, undoubtedly entered the mix, as well. But what I do know is that Edgar left office more popular than any governor I covered, with approval ratings that exceeded 60 percent. 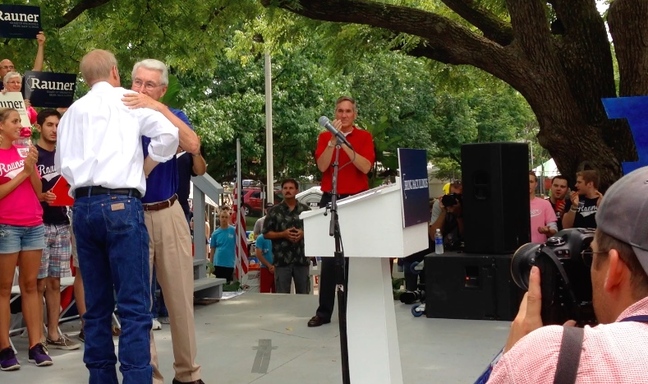